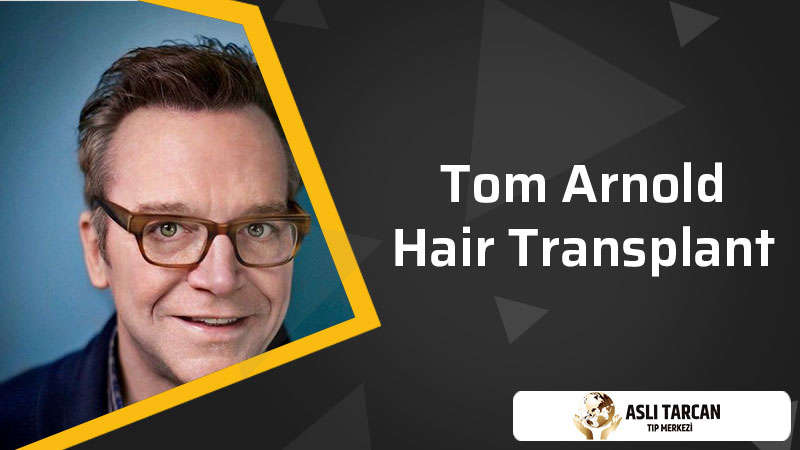 Why do Celebrities Have a Hair Transplant?

Celebrities are constantly in sight, so their appearance is very important to them. Most celebrities make money thanks to their looks and abilities. Considering the appearance of hair, thinning or shedding of hair is a big problem for celebrities. In this case, celebrities, like most people, apply for hair transplantation. As not all looks are natural, a beautiful appearance is not an innate feature for everyone. There are many people who implement certain processes. Hair loss, especially in the forehead area, affects the appearance a lot. In this case, people apply for hair transplantation.

Tom Arnold is one of the artists who made a name in the world with his temperament and acting. The successful actress with many productions applied for a hair transplant when he realized that his hair was about to leave him. The image that emerges after hair transplantation is younger and more charismatic. You can analyze the effect of Tom Arnold hair transplant on young appearance.

Tom Arnold is one of the actors who admitted that he had a hair transplant. He chose Beverly Hills surgeon Dr Craig Ziering to do the hair transplant. He announced that he made this choice on the recommendation of the Keeping Up With The Kardashians Star. In his talk with his doctor, Tom Arnold discussed the aging of men and why he should have a hair transplant. Tom Arnold said, “I love my dad, but I don’t want to be as similar to him as possible. I also have a younger wife, so I felt pressured.

Frankly, I applied for hair transplantation for my ego. So to feel better about myself. ”. Tom Arnold hid this from his boyfriends and got support from his female friends for hair transplantation. Arnold thinks women are more outspoken and trustworthy about biological matters, and that his female friends Dr. He added that they describe Ziering as “the king of that eyebrow restoration”. Arnold describes the work done by the doctors in his field as art. He also stated that his hairline was very natural and that he appeared in front of the camera 4 days after the surgery, but no one noticed.

Some Celebrities Who Have Hair Transplantation

Manchester United player, famous football player Wayne Rooney is experiencing thinning of his hair. Due to this situation, Rooney became one of the celebrities who applied for hair transplantation. In addition to his body and charismatic appearance, his lush hair was added to his appearance as a result of the procedure. His admired image became a source of self-confidence for Rooney.

Although Sylvester Stallone maintains most of his hair for his age, some shortcomings do not go unnoticed. In order to eliminate these deficiencies, he also applied to hair transplantation techniques and made his age even younger. Although he is 70 years old, he has a younger appearance with his high energy and new hair.

Jason Alexander, known for his TV series Seinfeld, was engraved in mind by portraying a bald character in this series. However, Alexander was not satisfied with this image. Therefore, it has achieved the desired appearance with hair transplantation.Hair contributes greatly to a person’s appearance and Alexandre is a vivid example of this.

Not every hair transplant is done as a result of baldness or thinning. Some hair transplants are done to protect the bushy hair that people have. One of the celebrities who had a hair transplant for this purpose is Dennis Miller. Miller had hair transplantation to maintain the continuity of his thick hair. He also gained a different image by pulling the hairline forward after the operation.

Popular among Bollywood names, Salman Khan is also known from the movie “Three Idiot”. Although he is resistant to aging, his hair cannot show this example of resistance. Salman Khan, who applied to hair transplantation as a solution against hair loss, is much younger with his new look.

In order to provide a natural look, the hairline should be in line with the facial features of the person. This line is determined by our specialist doctors. There are some points that we should pay attention to when determining the hairline. First of all, the depth in the hairless area and whether there is hair in this area should be checked. It should be checked whether the hair taken from the donor area will adapt to it. In addition, the direction of hair growth is also important because the roots will be planted accordingly.

When we complete the procedures, your doctor will show you your hairline in 3D on the computer. It is very difficult to return to the hairline after completing the hair transplant, so pay attention to the steps of determining the hairline. The hairline depends on the person. Therefore, we determine the most suitable hairline for a natural look. This is why 3D analysis of artificial hair is very important. At the same time, the satisfaction of the person is also very important at this point, when there is an undesirable result, the person may experience loss of self-confidence or psychological problems.

Am I A Good Candidate For Gastric Sleeve

Am I A Good Candidate For Gastric Sleeve Gastric sleeve surgery is an operation preferred by individuals who want to...

How Common Is Labiaplasty?

Afro Hair Transplant in Turkey Hair loss is a negative event that can happen to any individual. This situation especially...

How Much Hair Transplant Cost In Philippines

How Much Hair Transplant Cost In Philippines We were take aback by the costs we discovering. How much hair transplant...

FUE Hair Transplant Istanbul Turkey Hair transplantation is becoming a popular agenda today. Everyone knows that most people are faced...

What Foods to Avoid After Gastric Sleeve

What Is Labiaplasty? Labiaplasty is a simple surgery of reconstruction of the outer lip of the vagina. Its other name is...