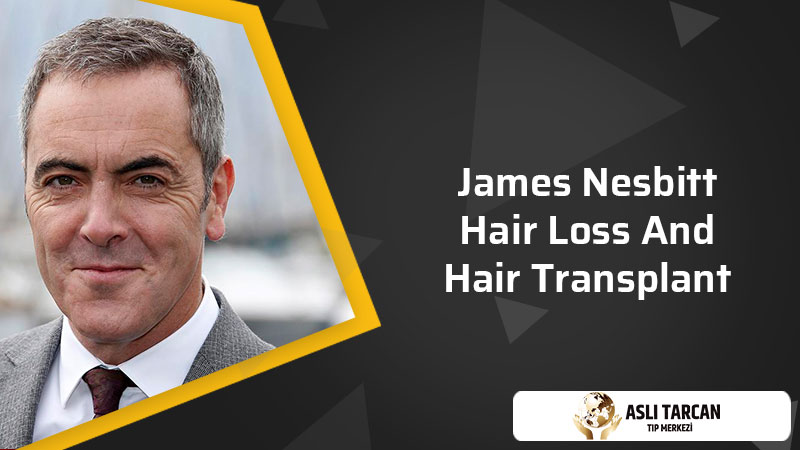 James Nesbitt Hair Loss And Hair Transplant In this article, we will talk about the hair loss that James Nesbitt experienced and the hair transplant he had. is one of the leading names in the television world. He played a role in many important productions. His hair transplant surgery was very successful. Thus, he set an example for those who want to have a hair transplant like himself.

Although the Northern Irish player has undergone more than one hair transplant operation, he was very satisfied with the result he received. We can see very positive changes between the photos before the hair transplantation and the current photos. And he really has changed.

Why Did James Nesbitt Have a Hair Transplant?

Hair transplantation can be expressed as the transfer of grafts taken from different parts of the body to the bald area. The reason for this is people’s desire to regain their hair. James Nesbitt also stated that he had a hair transplant because of hair loss. The famous actor, who has had more than one hair transplant, made some statements on different platforms.

The famous name, now 54 years old, first started to have hair loss problems in the 20s. At that time, she could not prevent her hair loss and lost most of her hair. It would not be wrong to say that the famous name was bald due to the spill on his head. The famous name, who was familiar with the new methods developed after he decided to have a hair transplant, explained that the actors felt the pressure to stay young as much as the actors. In a sense, he stated that he had a hair transplant due to this pressure.

James Nesbitt made a statement about why he applied for hair transplantation as follows: “I was experiencing hair loss and this would probably remain in me. I wanted to look younger and have a more impressive look. My self-confidence has increased considerably after having a hair transplant. As such, I experienced positive changes in my professional life. ”

Considering the problems mentioned by James Nesbitt, we can say that hair transplant does not only change the appearance. Hair transplantation process and subsequent positive changes also affect human psychology. Like James Nesbitt, if you loss your hair, you may experience self-esteem problems. You can especially think about how you look in your social circle. But if you have a hair transplant, you will get rid of your worries and a new life begins for you.

Why Has James Nesbitt Had Hair Transplantation Several Times?

Hair transplantation is an operation that can be done several times. And when you do it again, your previously planted hair will not be damaged. If you are not satisfied with your hair density, you can transplant hair again and increase the density of your hair.

James Nesbitt had a noticeable hair loss problem. Therefore, he may not have achieved the desired appearance in one go. For this reason, a second transplant may have been done after a certain period of time after the first transplantation. There is no clear information on this subject. For this reason, we can say that the subject in question is only our guess.

James Nesbitt had his first hair transplant in 2007. Considering the techniques used in this period, we can say that the formerly popular FUT method was applied. We think that more innovative techniques such as FUE and DHI are used in the transplantation procedures performed later. James Nesbitt’s hair looks very lush after these procedures. Besides being bushy, the most important thing is that it looks natural. In order for the hair to look natural, it must be planted at the right angle. DHI is the most advanced technique today. With this method, angles can be adjusted very easily and you can get a very natural look.

After hair transplantation, the hairline has returned to its former state. Considering that he started to lose his hair at the age of 25, we can say that this process met the expectations of the famous actor. Filling the temples completely with grafts helped him to get denser hair. Apart from this, the correct adjustment of the hair angle seriously affects the nature. The quality of the techniques used to achieve a successful result, the expert of the person who does it, and the reliability of the clinic.

When we examine the last image of James Nesbitt, it is difficult to understand that he had hair transplantation several times. The famous actor, who has a very natural look, has taken his place in memories thanks to his new style. We can say that hair transplant operations show high success in general. However, we should not forget that James Nesbitt also has enough hair follicles to achieve a successful result.

Labiplasty Procedure The part of the female genital organ called the inner lip (labium minus) is normally not visible from...

Can I Use Oil After Hair Transplant?

Can I use oil after  hair transplant is one of the issues that should be considered when it comes to...

How Much Is A Hair Transplant ?

How much is a hair transplant? Hair transplantation is really a natural yet sustainable solution to the issue of thinning....

How To Get Weight Loss Surgery?

In this article, we will talk about the Turkey 2000 grafts hair transplant process and pricing. So what is the...

Weight Loss Surgery Grants If you are looking for weight loss surgery grants, you are not alone in your quest....

How Much Does A Hair Transplant Cost?

How Much Does A Hair Transplant Cost? It's one of the questions, I hear the most these days. It is,...

How Much Does Lasik Cost?

How Much Does Lasik Cost? The common thing that people wearing glasses feel uncomfortable with is discomfort. This is why...

Can I Get Hair Transplant At 20

The question of can I get a hair transplant at 20 is frequently in the minds of those who face...