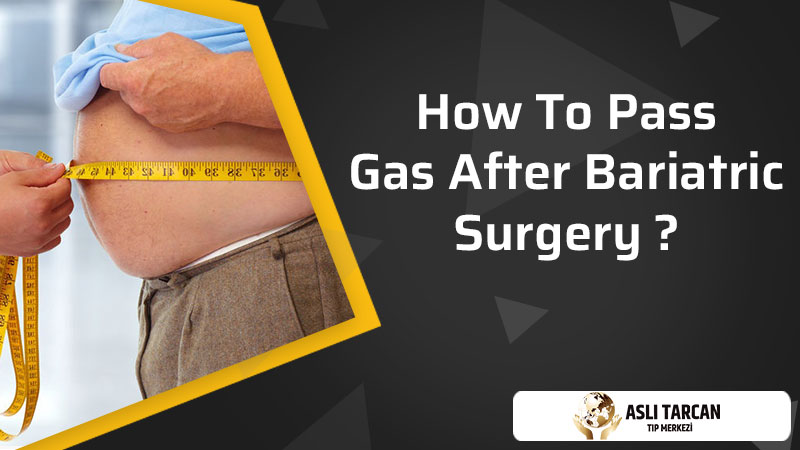 How To Pass Gas After Bariatric Surgery

After all kind of surgeries, it is normal to have bowl problems and trapped air aches. Doctors prescribe gastric and intestinal regulating drugs for inpatients for how to pass gas after bariatric surgery. These drugs regulate all functions. Thus, the air in the stomach does not disturb the patient while in the hospital. However, bariatric surgery patients are more uncomfortable with this situation after the operation.

As the stomach shrinks by bariatric surgery, the compressed air puts more pressure on it. For this reason, a caregiver comes as soon as the patient wakes up to pass the gas after the surgery. The caregiver raises the patient who gets rid of the effect of anesthesia and walks her/him a little. The reason for its execution is to push air bubbles in the abdomen to the intestines by the help of gravity. This is a normal procedure of all kind of surgeries.

How to Get Rid of Trapped Gas After Bariatric Surgery

If patients are uncomfortable for gas formation after bariatric surgery, doctors prescribe lozenges, syrups or tablet products. Stomach medicines are products protect the stomach wall from acids and gas blockages. Although drinking water does not help gas discharge immediately but it works effectively within hours. Thus, excess acid in the stomach and intestines is reduced and gas formation is prevented.

Overweight people have a larger intestine structure compared to thin people. Therefore, the amount of gas inside bowel is more. The patient walks a lot to regulate bowel movements. However, if walking is not enough, eating frequently and in small amounts will solve the problem within a day. Foods away from raw vegetables and fruits will reduce bowel movements and trapped gas.

One of the behaviors that support gas accumulation after bariatric surgery is to lie down. Thus, the gas trapped in the middle of the intestine does not find a reason to move forward. During the post-operative recovery period, it is beneficial for the patients to make light movements in bed or to be in a light sitting position. So, use gravity power on how to pass gas after bariatric surgery.

It is necessary to be a little patient in persistent cases after bariatric surgery. Since, the restriction of mobility due to excess weight prevents the gas from coming out naturally. Going for walks and exercising with weight loss prevents all bowel movements and gas formation. It is a good method to avoid constipation, which has an effect on gas formation. Drinking only 8 glasses of plain water during the day is like a natural medicine on its own. Acidic beverages such as cola increase gas formation in the post-operative period and are extremely harmful for the stomach. Alcoholic beverages and alcohol consumption are strictly out of list after bariatric surgery.

How Long Does Lasik Take?

How Long Does Lasik Take? Laser-aided situ keratomileusis (LASIK) is a surgery that can improve your vision. It forever reshapes...

Best Hair Transplant in Saudi Arabia The implanted hair remains everlasting for a lifespan thanks to grafts got from the...

Does Penis Enlargement Surgery Exist? There are many different reasons beyond the desire for a thicker or bigger penis. Many...

With the increasing weight problem day by day, “Does United Healthcare cover gastric sleeve?” The question has been asked frequently....

Do Bariatric Diet Without Surgery

Do Bariatric Diet Without Surgery For those who do not prefer bariatric surgery, the recommendation of doctors is to do...